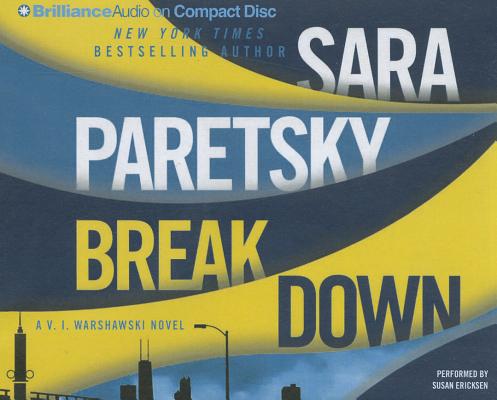 By Sara Paretsky, Susan Ericksen (Read by)
$24.99
Not Available in Store - Possibly Out of Print

A strange crime gets V.I. Warshawski involved with some of Chicago's most rich and powerful players in this thriller from New York Times bestselling author Sara Paretsky.

When a group of Chicago tweens holds a ritual in an abandoned cemetery, they stumble on an actual corpse--stabbed through the heart in a vampire-style slaying. V.I. Warshawski arrives on the scene to escort the girls home-but protecting them places her at the tangled center of the investigation. And the girls include daughters of some of Chicago's most powerful families: the grandfather of one, Chaim Salanter, is among the world's wealthiest men; the mother of another, Sophy Durango, is running for the United States Senate.

For V.I., the questions multiply faster than the answers. Is the killing linked to a hostile media campaign against Durango--or to Salanter's childhood in Nazi-occupied Lithuania? As V.I. struggles to find an answer, she finds herself fighting enemies who are no less terrifying for being all too human.