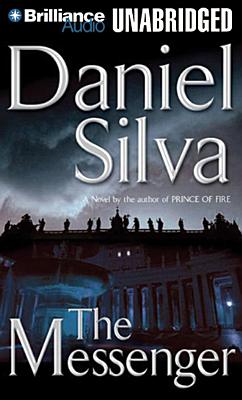 By Daniel Silva, Christopher Lane (Read by)
$19.99
Hard to Find - Not Available

This is book number 6 in the Gabriel Allon Novels series.

Gabriel Allon, art restorer and spy, is about to face the greatest challenge of his life.

Allon is recovering from his grueling showdown with a Palestinian master terrorist, when terrorism comes to find him once again. An al-Qaeda suspect is killed in London, and photographs are found on his computer--photographs that lead Israeli intelligence to suspect that al-Qaeda is planning one of its most audacious attacks ever, straight at the heart of the Vatican.

Allon warns his old friend Monsignor Luigi Donati, the pope's private secretary, and rushes to Rome to assist in security, but what neither he nor Donati knows is that the Vatican has been thoroughly penetrated. An extraordinary enemy walks among them...and he's just getting started.

In the days and weeks to come, Allon and his colleagues will find themselves in a deadly duel of wits against one of the most dangerous men in the world--a hunt that will take them across Europe to the Caribbean and back. But for them, there may simply not be enough of anything: enough time, enough facts, enough luck.

All Allon can do is set his trap--and hope that he is not the one caught in it.

This utterly delightful debut picture book tells the relatable tale of Lola Dutch, who just is TOO MUCH! As in goes overboard with enthusiasm, goes beyond the boundaries of sense, as in borders on catastrophes along with her 4 funny sidekick friends – Pig, Crane, Gator and Bear. The expressive watercolors and delicate pencil art are literally bursting with joy and energy from the page, as is Lola Dutch herself. It is a book you could hand to a grandparent with a knowing, sly smile………”I think you may know someone like this”. Can’t wait for more Lola Dutch adventures from husband and wife team of Kenneth and Sarah Jane Wright. Bonus appeal: Endpapers that turn into play scenes using the included paper doll cutouts of Lola Dutch and Bear! - Maureen