The Light of Day (Compact Disc) 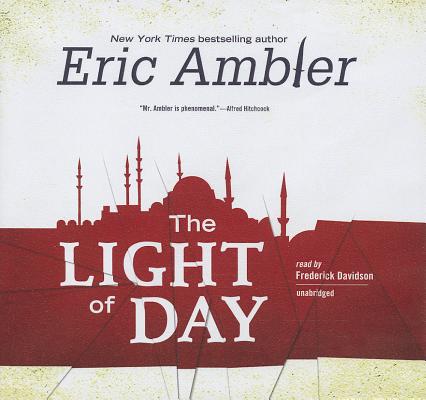 By Eric Ambler, Frederick Davidson (Read by)
$75.90
Not Available - Possibly Out of Print

Alfred Hitchcock said, Mr. Ambler is phenomenal, and Graham Greene referred to him as our greatest thriller writer. This is an ideal title for introducing listeners to this master. Ambler brilliantly paints realistic portraits of his characters and the foreign landscape, mixing suspense with a subtle twist for added color.

When Arthur Abdel Simpson first spots Harper in the Athens airport, he recognizes him as a tourist unfamiliar with the city and in need of a private driver-in other words, the perfect mark for Simpson's brand of entrepreneurship. But Harper proves to be more the spider than the fly when he catches Simpson searching his wallet for traveler's checks. Soon Simpson finds himself blackmailed into driving a suspicious car across the Turkish border. When he is caught again, this time by the police, he faces a choice: cooperate with the Turks and spy on his erstwhile colleagues or end up in one of Turkey's notorious prisons. The authorities suspect an attempted coup, but Harper and his gang of international jewel thieves have planned something less sinister but much, much more audacious.