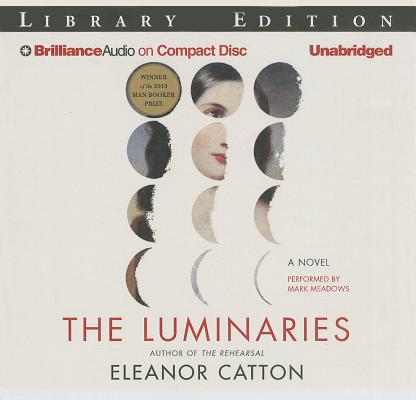 By Eleanor Catton, Mark Meadows (Read by)
Not available
Not Available to Order - Hard to Find

Winner of the 2013 Man Booker Prize, a breathtaking feat of storytelling where everything is connected, but nothing is as it seems....

It is 1866, and Walter Moody has come to make his fortune upon the New Zealand goldfields. On the stormy night of his arrival, he stumbles across a tense gathering of twelve local men, who have met in secret to discuss a series of unsolved crimes. A wealthy man has vanished, a prostitute has tried to end her life, and an enormous fortune has been discovered in the home of a luckless drunk. Moody is soon drawn into the mystery: a network of fates and fortunes that is as complex and exquisitely patterned as the night sky.

Eleanor Catton was only 22 when she wrote The Rehearsal, which Adam Ross in the New York Times Book Review praised as "a wildly brilliant and precocious first novel" and Joshua Ferris called "a mesmerizing, labyrinthine, intricately patterned and astonishingly original novel." The Luminaries amply confirms that early promise, and secures Catton''''s reputation as one of the most dazzling and inventive young writers at work today.