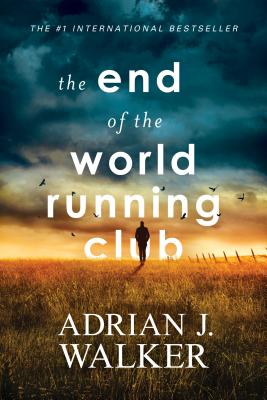 Asteroids are striking Earth, the end of the world is near, and Edgar Hill is on the wrong side of the country.

Over five hundred miles of devastated wastelands stretch between him and his family, and every second counts. His only option is to run—or risk losing everything he loves. He'll have to be ingenious and push himself to the very limit if he wants to see them again. Can he reach them in the race against time, or will the end of the world defeat him?

The End of the World Running Club is where the beautifully imagined post-apocalyptic world of The Salt Line meets the deep humanity of A Man Called Ove.

A dystopian page-turner about the endurance of the human body and spirit—perfect for lovers of apocalyptic science fiction, running books, and anyone who knows that true strength comes from love.

Praise for The End of the World Running Club:

"Harrowing and heartrending, this is a novel that is almost impossible to put down."—Library Journal

"Walker's ability to imagine a post-apocalyptic world in crisp detail is on full display in the early pages of The End of the World Running Club."—Maximum Shelf

"...a beautifully written postapocalyptic tale of a flawed man's struggle for survival and redemption."—Booklist

Adrian J Walker is the author of THE END OF THE WORLD RUNNING CLUB and THE LAST DOG ON EARTH, and was born in the bush suburbs of Sydney, Australia in the mid '70s. After his father found a camper van in a ditch, he moved his family back to the UK, where Adrian was raised. Visit Adrian online: www.adrianjwalker.com

"Adrian Walker breaks your heart in unexpected ways, and leaves you with a sense of stories still to be told. An end-of-the-world tale that is anything but an ending." — Anne Corlett, author of The Space Between the Stars

"A fresh and frighteningly real take on what "the end" might be . . . quite an exciting and nerve-wracking ‘run’, with characters you believe in and feel for." — New York Times bestselling author Robert McCammon

"Harrowing and heartrending, this is a novel that is almost impossible to put down. " — Library Journal, Starred Review