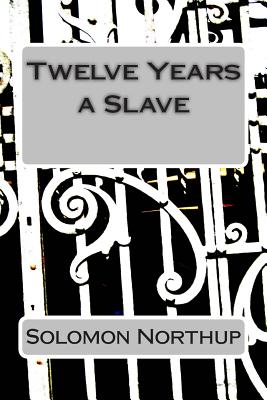 By Dalibor Basor (Introduction by), Solomon Northup
$8.11
Not in Stock - Usually Ships in 1-5 Days

This article is about the 1853 memoir. For other uses, see Twelve Years a Slave (disambiguation). Twelve Years a Slave Solomon Northup 001.jpg Illustration from Twelve Years a Slave (1855) Author Solomon Northup Country United States Language English Genre Autobiography Publisher Derby & Miller, Auburn, New York 1] Publication date 1853 Media type Print (Hardcover) ISBN 978-1-84391-471-6 Twelve Years a Slave (1853) is a memoir and slave narrative by Solomon Northup, as told to and edited by David Wilson. Northup, a black man who was born free in New York, details his kidnapping in Washington, D.C. and subsequent sale into slavery. After having been kept in bondage for 12 years in Louisiana by various masters, Northup was able to write to friends and family in New York, who were in turn able to secure his release. Northup's account provides extensive details on the slave markets in Washington, D.C. and New Orleans and describes at length cotton and sugar cultivation on major plantations in Louisiana. The work was published by Derby & Miller of Auburn, New York, soon after Harriet Beecher Stowe's best-selling novel about slavery, Uncle Tom's Cabin (1852), to which it lent factual support. Northup's book, dedicated to Stowe, sold 30,000 copies, making it a bestseller in its own right.

Solomon Northup (July 1808-1863?) was an American and the primary author of the memoir Twelve Years a Slave. A free-born African American from New York, he was the son of a freed slave and a free woman of color. A farmer and violinist, Northup owned land in Hebron, New York. In 1841 he was kidnapped by slave traders, having been enticed to Washington, D.C. (where slavery was legal) with a job offer as a violinist with traveling entertainers. Shortly after he and his employers arrived in DC, they sold him as a slave, apparently having drugged him into unconsciousness to effect the kidnapping. He was shipped to New Orleans where he was sold to a planter in Louisiana. He was held in the Red River region of Louisiana by several different owners for 12 years, mostly in Avoyelles Parish. Aside from a brief communication when he was first kidnapped, his family and friends had no knowledge of him. He attempted to get word to them and to regain his freedom, but the systems guarding slaves were too pervasive to allow it. Eventually, he confided in a Canadian working on his plantation, who opposed slavery and was willing to risk contacting Northup's family and friends. They enlisted the help of the Governor of New York, Washington Hunt, to his cause, since state law provided for aid to free New York citizens kidnapped into slavery. Northup regained his freedom on January 3, 1853 and returned to his family in New York.

A Boy and His Dog at the End of the World: A Novel (Hardcover)

This is a wild story -- from beginning to end. There isn't another dystopian book like it and it truly is about a quest to find one's self. And with a grand twist that no one will see coming, this propulsive book will resonate with you long after the last page. Highly recommended. - Maureen