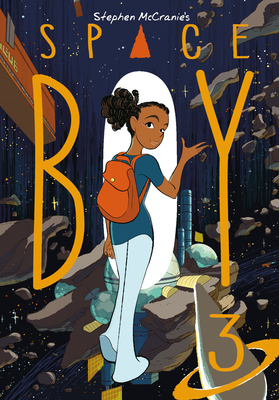 
NOT AVAILABLE
A sci-fi drama of a high school aged girl who belongs in a different time, a boy possessed by emptiness as deep as space, an alien artifact, mysterious murder, and a love that crosses light years

To Amy, everyone has a flavor. Her Agriculture Club mate Tamra is like banana, while another Club mate, Shafer, is like milk chocolate; two flavors that Amy thinks are in sync.

Coming closer to fully adapting to her new life on Earth, Amy settles in to a solid group of friends at her school. Also, after a meeting with the mysterious Oliver, she decides to reach out to an old friend, which makes the transition all that much easier.
Stephen McCranie is the writer and illustrator for the Space Boy and Mal and Chad, all-ages graphic novel series. Stephen grew up drawing comics from an early age. He eventually earned a Fine Arts degree at the University of New Mexico. Stephen originally created Mal and Chad as a comic strip for the UNM school newspaper.