Hunter Killer: The War with China: The Battle for the Central Pacific (Dan Lenson #17) (Compact Disc) 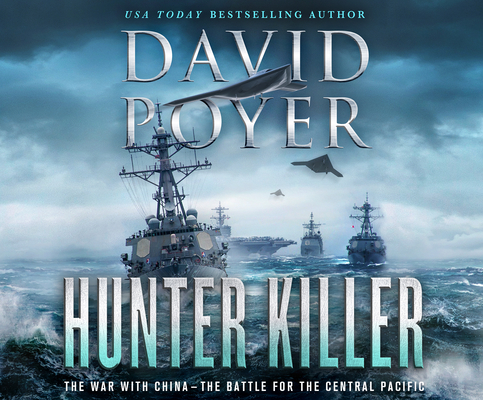 Hunter Killer: The War with China: The Battle for the Central Pacific (Dan Lenson #17) (Compact Disc)

This is book number 17 in the Dan Lenson series.

Commanding a combined US-South Korea force, the newly promoted U.S. Navy hero Dan Lenson wonders if his embattled group can possibly keep sea lanes open in the Central Pacific as he tries to turn the tide and buy time for the Allies to regroup. But when his own flagship comes under ferocious attack, he must leave it to assume command elsewhere-without knowing when he'll be able to return. In the meantime, SEAL operator Teddy Oberg, escaping from a hellish POW camp, heads west through desolate mountains toward what he hopes will be freedom. And in Washington, DC, Dan's wife, Blair Titus, helps formulate America's military and political response to overwhelming setbacks in the Pacific and at home. Filled with dramatic battle scenes from massive ship, submarine, and air warfare to desperate hand-to-hand Marine Corps combat-and informed by the author's own background as a Navy captain and defense analyst-Hunter Killer is a powerful, all-too-believable novel about how the next world war might unfold.