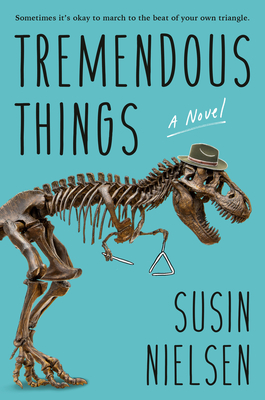 
Available to Order from Our Warehouse
A funny and heartfelt story about learning how to rise above your most embarrassing moment while staying true to yourself--with the help of old friends, new friends, and some cheesy poetry.

At the start of ninth grade, Wilbur Nuñez-Knopf is hoping for a fresh start. But he just can't live down a deeply humiliating moment from two years ago that's followed him to high school. His good friend Alex has stuck by him, but Alex has started dating Fabrizio and he doesn't have much time to hang out. Luckily, Wil can still confide in his elderly neighbor, Sal. But he longs to have a special someone of his own.

When the school band does an exchange with students from Paris, a girl named Charlie captures Wilbur's heart. But his feelings aren't reciprocated. So Alex, Fabrizio, and Sal join forces to build Wil's confidence in the hope that he can impress Charlie when they go to Paris. Maybe, just maybe, Wilbur will find a new defining moment in the City of Love.
SUSIN NIELSEN is the award-winning author of Word Nerd; Dear George Clooney: Please Marry My Mom; The Reluctant Journal of Henry K. Larsen; We Are All Made of Molecules; Optimists Die First; and No Fixed Address. She got her start writing for the original hit TV series Degrassi Junior High and has written for over 20 Canadian TV series. Her books have won critical acclaim and multiple awards both at home and around the world, including the Governor General's Literary Award, and they've been translated into many languages. She's been described as "the John Green of Canada," and once had a dream that John Green was described as "the Susin Nielsen of the U.S." She lives in Vancouver with her family and two naughty cats. Visit her online at susinnielsen.com, on Twitter and Instagram (@susinnielsen); and on Facebook (Susin Nielsen, Author).