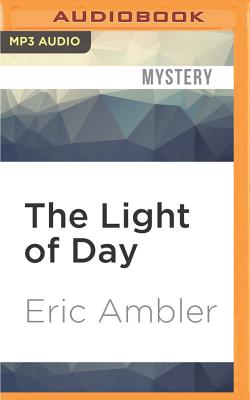 By Eric Ambler, Gareth Armstrong (Read by)
$9.99
Email or call for price.

Arthur Simpson is a petty thief who is discovered stealing from a hotel room. His victim, however, turns out to be a criminal in a league well above his own and Simpson is blackmailed into smuggling arms into Turkey for use in a major jewel robbery. The Turkish police, however, discover the arms and he is further 'blackmailed' by them into spying on the 'gang'--or rot in a Turkish jail. However, agreeing to help brings even worse danger...

Eric Ambler was born into a family of entertainers and in his early years helped out as a puppeteer. However, he initially chose engineering as a full time career, although this quickly gave way to writing. In World War II he entered the army and looked likely to fight in the line, but was soon after commissioned and ended the war as assistant director of the army film unit and a Lieutenant-Colonel. This experience translated into civilian life and Ambler had a very successful career as a screen writer, receiving an Academy Award for his work on The Cruel Sea by Nicolas Monsarrat in 1953. Many of his own works have been filmed, the most famous probably being Light of Day, filmed as Topkapi under which title it is now published. He established a reputation as a thriller writer of extraordinary depth and originality and received many other accolades during his lifetime, including two Edgar Awards from The Mystery Writers of America (best novel for Topkapi and best biographical work for Here Lies Eric Ambler), and two Gold Dagger Awards from the Crime Writer's Association (Passage of Arms and The Levanter). Often credited as being the inventor of the modern political thriller, John Le Carre once described Ambler as 'the source on which we all draw.' A recurring theme in his works is the success of the well meaning yet somewhat bungling amateur who triumphs in the face of both adversity and hardened professionals. Ambler wrote under his own name and also during the 1950's a series of novels as Eliot Reed, with Charles Rhodda. These are now published under the 'Ambler' umbrella.