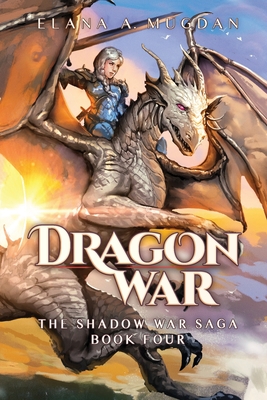 By Elana a. Mugdan
$17.24
Available to Order from Our Warehouse
This book cannot be returned

The world has changed.

The war has begun.

Keriya Soulstar is at the center of Allentria's desperate battle for freedom. Its people have been broken, and it's up to her to deliver them from Necrovar's tyranny. Along with her ragtag troupe of friends, she travels to the Imperial City and beseeches the newly returned dragons to aid in the war effort.

There's just one problem: the dragons refuse to join the fight. Without their help, Keriya fears the war might be unwinnable, yet she forces herself to press on. With the fate of the world hanging in the balance, she can afford no distractions, no fear, and no weakness.

That's easier said than done. As Necrovar gathers allies from across the planet and the Allentrian forces rally for the showdown that will decide their fate, Keriya finds herself dangerously unbalanced. She's facing legions of enemies the likes of which she's never seen...

But her toughest battle will be within.