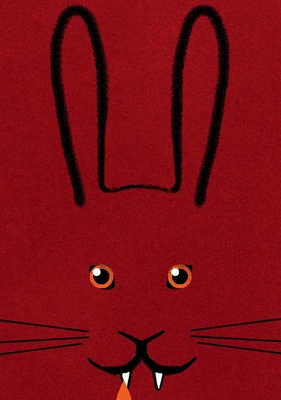 Celebrate the fortieth anniversary of the fluffy and fearsome classic Bunnicula with this pocket-sized edition, perfect for accompanying readers on all their mischievous adventures. This special edition includes bonus content and a deluxe cover that looks and feels as eerily delightful as the story within!

Harold the dog and Chester the cat must find out the truth about the newest pet in the Monroe household—a suspicious-looking bunny with unusual habits…and fangs! Could this innocent-seeming rabbit actually be a vampire?
James Howe is the author of more than ninety books for young readers. Bunnicula, coauthored by his late wife Deborah and published in 1979, is considered a modern classic of children’s literature. The author has written six highly popular sequels, along with the spinoff series Tales from the House of Bunnicula and Bunnicula and Friends. Among his other books are picture books such as Horace and Morris but Mostly Dolores and beginning reader series that include the Pinky and Rex and Houndsley and Catina books. He has also written for older readers. The Misfits, published in 2001, inspired the nationwide antibullying initiative No Name-Calling Week, as well as three sequels, Totally Joe, Addie on the Inside, and Also Known as Elvis. A common theme in James Howe’s books from preschool through teens is the acceptance of difference and being true to oneself. Visit him online at JamesHowe.com.

"Bunnicula is the kind of story that does not age, and in all probability, will never die. Or stay dead, anyway..."
— Neil Gaiman

"As a kid, I saw the classic movie Dracula and became instantly afraid of vampires. Many years later, I read the classic children's book Bunnicula. Now—in addition to vampires—I am also afraid of bunnies. I hope you're happy, Jim."
— Barbara Park, author of the Junie B. Jones series

"The most lovable vampire of all time."
— J. Gordon Melton, author of The Vampire Book

"Move over, Dracula! This mystery-comedy is sure to delight."
— The New York Times