Learning Not to Drown (Paperback) 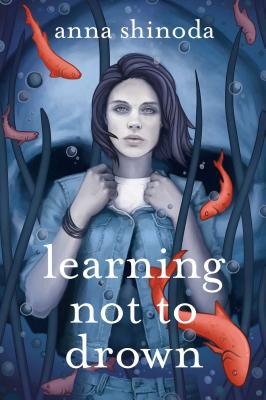 Learning Not to Drown (Paperback)


NOT AVAILABLE
“Anna Shinoda’s deeply informed story is not to be missed.” —Dr. Drew Pinsky, Celebrity Rehab and Teen Mom

Family secrets cut to the bone in this mesmerizing debut novel about a teen whose drug-addicted brother is the prodigal son one time too many.

There is a pecking order to every family. Seventeen-year-old Clare is the overprotected baby; Peter is the typical, rebellious middle child; and Luke is the can’t-do-wrong favorite. In their eyes, they are a normal, happy family. But sometimes it’s the people who are closest to us who are the hardest to see.

Clare loves her older brother, Luke—it’s not his fault that he’s always in the wrong place at the wrong time. Life as Luke’s sister hasn’t been easy—their community hasn’t been nearly as forgiving of his transgressions as she and her parents are—but he’s done his time and is on his way home again, and she has to believe this time will be different. But when the truths behind his arrests begin to surface, everything Clare’s always known is shaken to its core.

Clare has to decide if sticking up for herself and her future means selfishly turning her back on family…or if it’s the only way to keep herself from drowning along with them.
Anna Shinoda was raised in a mountain town so small it lacked a stoplight. She used to escape into the high branches of trees to read and dream stories, out of reach from her own family skeleton. Eventually she climbed down with Learning Not to Drown, her debut novel. Visit Anna at AnnaShinoda.com.