The End of the World Running Club (MP3 CD) 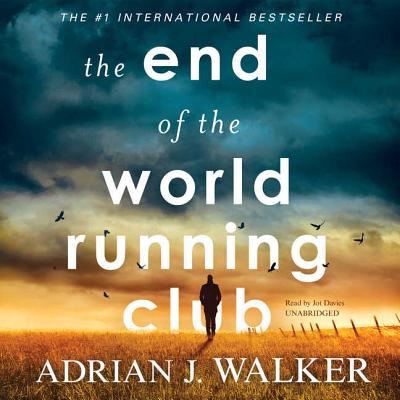 The End of the World Running Club (MP3 CD)

Edgar Hill is thirty-five and caught in his own headlock. Overweight slob, under-performing husband, and reluctant father--for Ed, the world may as well have already ended. So when it does end in a catastrophic asteroid strike and Edgar and his family find refuge in an Edinburgh army barracks, it comes as something of a relief.But nothing's ever that simple. Returning from a salvage run in the city, Edgar finds his family gone, taken to the south coast for evacuation by an international task force. Suddenly he finds himself facing a grueling journey on foot across a devastated United Kingdom. Edgar must race against time and overcome his own shortcomings, not to mention hundred mile canyons and a heavily flooded west coast, to find the people he loves before he loses them forever. A vivid, gripping story of hope, long-distance running, and how we break the limits of our own endurance.