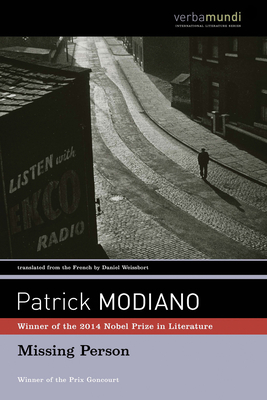 From master storyteller Patrick Modiano: winner of the Nobel Prize in Literature

Guy Roland is in pursuit of the identity he lost in the murky days of the Paris Occupation. For ten years, he has lived without a past. His current life and name were given to him by his recently retired boss, Hutte, who welcomed him, a onetime client, into his detective agency. Guy makes full use of Hutte's files--directories, yearbooks, and papers of all kinds going back half a century--but his leads are few. Could he really be the person in that photograph, a young man remembered by some as a South American attach ? Or was he someone else, perhaps the disappeared scion of a prominent local family? He interviews strangers and is tantalized by half-clues until, at last, he grasps a thread that leads him through the maze of his own repressed experience. Both a detective mystery and a haunting meditation on the nature of the self, Patrick Modiano's spare, hypnotic prose, superbly translated by Daniel Weissbort, draws readers into the intoxication of a rare literary experience.