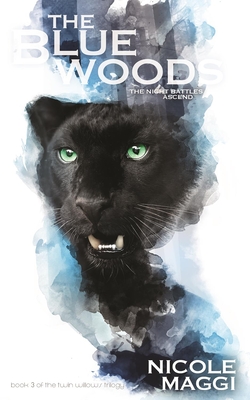 By Nicole Maggi
Not available
Not Available - Possibly Out of Print

The exhilarating conclusion to the Twin Willows Trilogy. Sixteen-year-old Alessia Jacobs wants to go to college someday like her friends. She wishes for a chance at a normal relationship with Jonah. But normal is never an option for a Benandante like Alessia, who has sworn to protect the magic in the world from the Malandanti...especially when Jonah is on the opposite side of the deadly struggle. When the war comes to a head, lives will be lost, love will be gained, and Alessia will risk everything to save the people she loves and destroy the Malandanti once and for all.

Nicole Maggi was born in the suburbs of upstate New York and began writing poems about unicorns and rainbows at a very early age. She detoured into acting, earned a B.F.A. from Emerson College, and moved to New York City where she performed in lots of off-off-off-Broadway Shakespeare. After a decade of schlepping groceries on the subway, she and her husband hightailed it to sunny Los Angeles, where they now reside, surrounded by fruit trees, with their young daughter and two oddball cats. In addition to the Twin Willows Trilogy, she is the author of the novel The Forgetting.

By Sara O'Leary
Not available