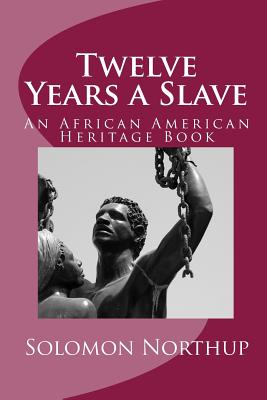 By Solomon Northup
$11.49
Coming from our Warehouse. Ships in 1-5 Days

"Twelve Years a Slave" is the harrowing true story of Solomon Northup, an educated, free black man from upstate New York. Kidnapped in 1841 by unscrupulous slave hunters and sold as a slave, Northup eventually ended up deep in Louisiana and spent the next 12 years of his life there until he was rescued by a prominent citizen of his home state that knew him. Northup's narrative, written in his own words, describes the variation in treatment he received at the hands of the various people he met. Some were kinder, some brutal, and one he had to fight twice to avoid being killed himself. Solomon's rescue came when a Canadian drifter who worked as a laborer agreed to mail a rescue note to Solomon's hometown. A few months later Solomon was rescued by a prominent gentlemen from his native New York and was reunited with his family. A powerful and riveting condemnation of American slavery, Solomon Northup's account is fascinating reading that moves at a rapid pace. Great reading, particularly for those who want to read about slavery as it truly was, rather than in glossed over or politically correct terms.

Solomon Northup (born July 1808, date of death unknown) was a free-born African-American mulatto. He was born in Minerva, Essex County, New York. Kidnapped in 1841, he was taken to Louisiana as a slave, where he was found twelve years later on a cotton plantation near the Red River. It is a story that will break your heart as Solomon was torn away from his family for over a decade. According to a quote from 1853, when Solomon first published his memoirs, "Think of it: For thirty years a man, with all a man's hopes, fears and aspirations--with a wife and children to call him by the endearing names of husband and father--with a home, humble it may be, but still a home...then for twelve years a thing, a chattel personal, classed with mules and horses. ...Oh! it is horrible. It chills the blood to think that such are." And indeed, this story will both chill--and boil--your blood.

A perfect book for young girls that are starting middle school. Amina is trying to figure out who she is and what she stands for as she learns about friends, bullying, and what it truly means to stand up for what you believe in. Lovely coming of age story. It also has such a stunning cover. - Jessica