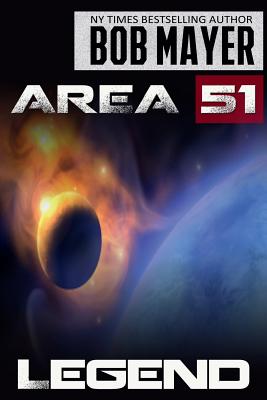 This is book number 9 in the Area 51 series.

Donnchadh and Gwalcmai were birthed on a far-flung planet in the Milky Way-a human breeding colony with the purpose of churning out disposable foot soldiers. But the masters of the colony, the Airlia, created humans with one fatal flaw: an insatiable thirst for freedom.
Though Donnchadh and Gwalcmai become God-killers in the bloody revolt against their seemingly omnipotent creators and captors, their planet is already doomed. So when they discover the Airlia have enslaved a human colony known as Atlantis, the pair of freedom fighters journey light-years to spare Earth from sharing their planet's fate.
Armed with superintelligent weapons and technology that the primitive earthlings could never foresee or understand, Donnchadh and Gwalcmai engage in a stealth battle spanning millennia and continents, from the land of the pharaohs to ancient Rome to the realm of King Arthur. They watch over each other as comrades and lovers, waiting for the moment when Earth can become the final battleground for human freedom.

New York Times bestselling author, West Point graduate, and former Green Beret Bob Mayer weaves military, historical, and scientific fact through his gripping works of fiction. His books span numerous genres-suspense, science fiction, military, historical, and more-and Mayer holds the distinction of being the only male author listed on the Romance Writers of America Honor Roll. As one of today's top-performing independent authors, Mayer has drawn on his digital publishing expertise and military exploits to craft more than fifty novels that have sold more than four million copies worldwide. These include his bestselling Atlantis, Area 51, and Green Beret series. Alongside his writing, Mayer is an international keynote speaker, teacher, and CEO.