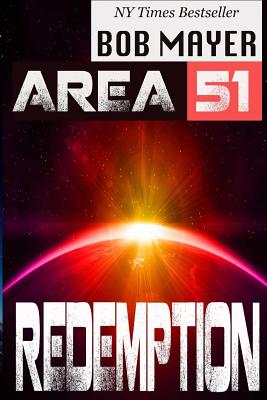 At the edge of the Solar System, beyond the Heliosphere, a massive warship comes out of Faster Than Light Transit. It is the Ancient Enemy spoken of in myths and legends.
Do we deserve a Second Chance?
Mike Turcotte, the Special Forces officer who led the fight against the Airlia, which ruled our planet from the shadows for over 10 millennia, has returned to Area 51. Earth has freed itself from the shackles of alien domination, but at high cost while winning World War III. He has learned what he believes is the truth about human origins.
A truth so devastating he insists it cannot be made public.
But the thing no one on Earth knows is that in winning the war they've initiated the seeds of their own doom.
Something worse than World War III. Something worse than the Airlia. Something that means the end of all life in the Solar System. But there is one who might have a solution; except she's not human.
The continuation of the series that has sold over 2 million copies, screenplay written by the man who penned Alien, Total Recall and produced Minority Report.

Daughters of a Dead Empire (Hardcover)

A stunning debut from O'Neil, this revisionist telling of the Russian legend of Anastasia rings true even with today's current events. Pulsing with energy, this Anna seems at first ill prepared for life's hardships but stumbling upon peasant Zhenya, the two form a fragile bond that deepens as violence and bloodshed encircle them. Readers will be salivating for O'Neil's next effort! Highly recommended.