A Death in the Small Hours (Compact Disc) 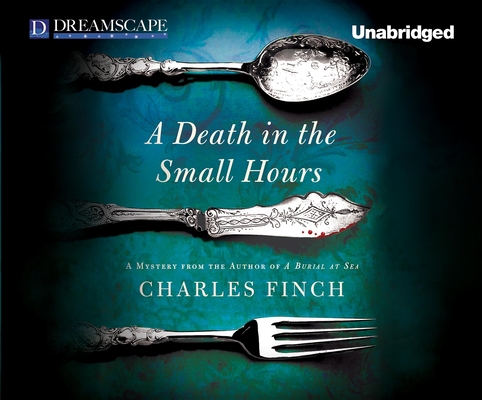 A Death in the Small Hours (Compact Disc)


Available to Order from Our Warehouse
Charles Lenox is at the pinnacle of his political career and is a delighted new father. His days of regularly investigating the crimes of Victorian London now some years behind him, he plans a trip to his uncle's estate in the expectation of a few calm weeks. When he arrives in the quiet village of Plumley, however, what greets him is a series of strange vandalisms upon the local shops. Only when a far more serious crime is committed does he begin to understand the great stakes of those events, and the complex and sinister mind that is wreaking fear and suspicion in Plumley. Now, with his protege at his side, the race is on for Lenox to find the culprit before he strikes again.
Charles Finch is a graduate of Yale and Oxford. He is the author of the Charles Lenox mysteries, including The Fleet Street Murders, The September Society and A Stranger in Mayfair. His first novel, A Beautiful Blue Death, was nominated for an Agatha Award and was named one of Library Journal's Best Books of 2007, one of only five mystery novels on the list. He lives in Oxford, England. READER BIOJames Langton trained as an actor at the Royal Scottish Academy of Music and Drama. An AudioFile Earphones Award winner, he has performed many voice-overs and narrated numerous audiobooks, including the international bestseller The Brotherhood of the Holy Shroud by Julia Navarro. He is also a professional musician who led the internationally renowned Pasadena Roof Orchestra from 1996 to 2002. James was born in York, England, and is now based in New York City.