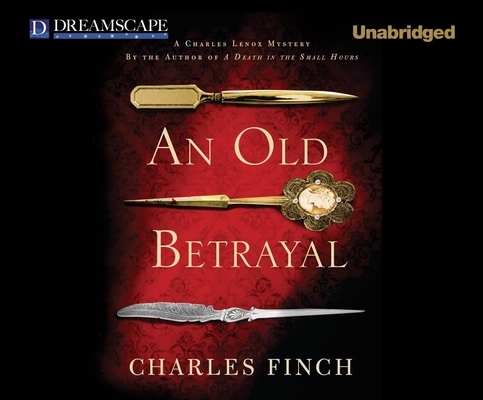 On a spring morning in London, 1875, Charles Lenox agrees to take time away from his busy schedule as a Member of Parliament to meet an old protege's client at Charing Cross. But when their cryptic encounter seems to lead, days later, to the murder of an innocuous country squire, this fast favor draws Lenox inexorably back into his old profession. Soon he realizes that, far from concluding the murderer's business, this body is only the first step in a cruel plan, many years in the plotting. Where will he strike next? The answer, Lenox learns with slowly dawning horror, may be at the very heart of England's monarchy.
Charles Finch is a graduate of Yale and Oxford. He is the author of the Charles Lenox mysteries, including The Fleet Street Murders, The September Society and A Stranger in Mayfair. His first novel, A Beautiful Blue Death, was nominated for an Agatha Award and was named one of Library Journal's Best Books of 2007, one of only five mystery novels on the list. He lives in Oxford, England. READER BIOJames Langton trained as an actor at the Royal Scottish Academy of Music and Drama. An AudioFile Earphones Award winner, he has performed many voice-overs and narrated numerous audiobooks, including the international bestseller The Brotherhood of the Holy Shroud by Julia Navarro. He is also a professional musician who led the internationally renowned Pasadena Roof Orchestra from 1996 to 2002. James was born in York, England, and is now based in New York City.