The Secrets of Star Whales (Paperback) 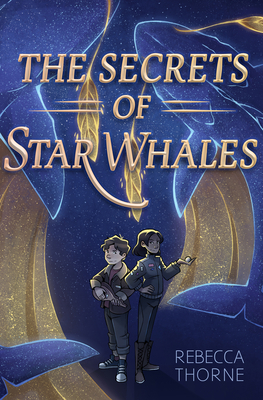 By Rebecca Thorne
$11.99
Available to Order from Our Warehouse

On the small space station Azura, Maxion Belmont is constantly torn between his two passions--engineering and music. Both are hobbies handed down from his father, who died two years ago. While his hydrodriver is great for repairing starship parts, his father's old string instrument tugs at the latent grief Max hides from his mom and classmates with each chord he strums.

When a foreign starship appears on the horizon, Azura welcomes its first tourist in years. But there's something weird about Mr. Hames, the stranger-turned-substitute-teacher. He has no idea how to teach and keeps raving about the existence of alien creatures in the vacuum of space: star whales. As Max and the rest of Mr. Hames's class-turned-starship-crew begin to uncover the mysteries of the star whales, they discover they aren't the only ones looking for the elusive creatures--and not every whaler has good intentions.

By Beth Revis
Not available