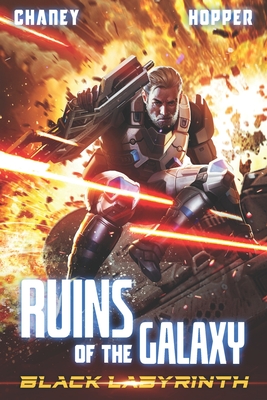 
Available to Order from Our Warehouse
This book cannot be returned
A ship no one escapes from. A mission too impossible to execute.Rocked by the death of a critical team member and haunted by the sudden disappearance of another, Magnus and Awen fight to rally the remaining Gladio Umbra in the wake of their raid on Worru. They're forced to solicit support from some of the galaxy's most unlikely sources.But when Moldark's forces show up unexpectedly, Magnus and Awen are torn between rescuing a missing gladia and protecting the larger mission. New revelations about the Paragon surface, forcing the fledgling rebel resistance to find a way onto Moldark's command ship, the notorious super dreadnaught Black Labyrinth. The mission will be the Gladio Umbra's most challenging yet, pushing the team to the breaking point.Read the fifth installment of the best-selling series fans are calling a breath of fresh air. If you're a fan of Galaxy's Edge, Star Wars, or Renegade Star, you'll love this epic scifi thrill ride.