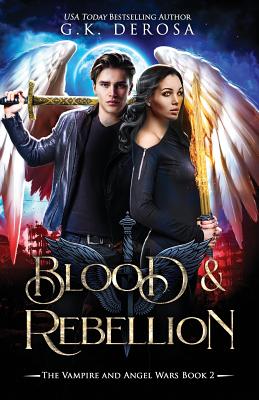 The war has only just begun...

The hunt for the mythical shield to rid the world of the dreaded immortals is on.

The angels and vampires stole everything from Liv, and her heart burns for revenge. There's just one problem: she's not the only one searching for the legendary weapon.

Both the angels and vampires are closing in, hell bent on stopping Liv and her friends. When an unexpected loss changes everything, Liv is forced to come to terms with her new destiny. A destiny she's not certain she wants any part of.

Can Liv embrace her fate and complete her divine quest or will the immortals destroy her along with all hope for humanity?

One-click above and find out today