Where Dolphins Walk: A Memoir of Bridging National Lifestyles, Positive Change and Powers of Silence (Paperback) 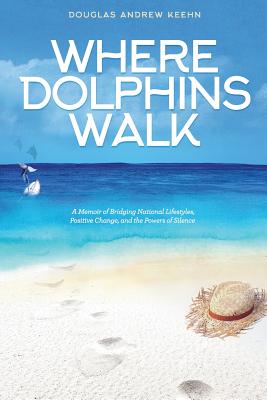 Where Dolphins Walk: A Memoir of Bridging National Lifestyles, Positive Change and Powers of Silence (Paperback)

How so little can add up to be priceless, and how often so much can prove to be so worthless.

Commercial Airline Pilot Douglas Andrew Keehn feels a tug toward something. What exactly that "something" might be he doesn't really know. Residing in a nice home in a secure neighborhood and living his boyhood dream of flying large commercial jets, a constant restlessness draws his attention to a void in his life. The only solace comes out on the water when pods of dolphins surround his boat with their playful joyful energy.

He begins to explore a continent that exerts a strange pull: South America. He requests flight assignments that allow him to layover in several countries; Brazil, Argentina, and Chile--just to name a few. In each place, he notices a staggering difference between the everyday wealth and lifestyles that many Americans take for granted and the severe limitations associated with the Third World. Poverty, unemployment, and weak governmental support frequently prevent even the most motivated of people from getting ahead. Oddly, they seem to have an amazing ability to adapt, turning the darkest of moments into bright positive celebrations. What eventually stands out is a laid back attitude that's coupled with a healthy and upbeat approach to living.

A focus on family, friends and friendship, relaxed conversation; fun and genuine laughter all become routinely witnessed and experienced by Doug. The people he meets remind him of the many characteristics that dolphins seemingly possess. They recognize and focus on what's truly valuable in life. When economic difficulties prompt his airline to offer extended leaves of absence, Doug leaps at the chance. He heads south and lives in Brazil for several years. A small oceanfront lot becomes the landing pad where he builds his new home. The love and guidance of a local woman helps him parse decades of regimented viewpoints and discover a new way to be. He learns to live a bit like a dolphin.

His return to the US shakes with cultural shock. Many seem glued to their digital devices, rushed, and obsessed with their schedules. Through an unscripted chain of events containing subtle and strong messages, and with the dolphin's assistance, Doug learns how to integrate the best of Latin living with his North American location. Allow the many unique hints from the eyes of others to resonate. He has walked with the dolphins, and invites readers to do the same.