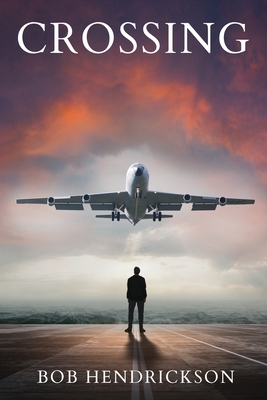 Bob Hendrickson has written an exciting, insightful, and moving book that describes his extraordinary life journey. A highly successful Air Force pilot, airline Captain, and Federal Aviation Administration Lead Accident Investigator, he time and again overcame powerful personal setbacks that would have disheartened the rest of us. Yet, the core of his exciting book is an uplifting story grounded in optimism. It is a story of hope.

A Texas child growing up with an outsized expectation for success, Bob internalized every setback while shouldering responsibilities for his blind older brother. Remembering his lifelong dream of becoming an astronaut, he plotted a path to escape from personal disillusionment and the suffocating expectations of others. He began his journey to become an officer and pilot in the Air Force. Along the way, he excelled despite limited opportunities and severely shrinking military budgets. And his adventures soar from there.

Bob takes us through the extraordinary excitement of being a tanker pilot. He describes his thrilling escape from a burning KC-135 and his professional pride at winning the Air Force KC-10 flying competition two years in a row. He expresses his joy at earning his Captain's certification at TWA and the sadness and excitement of investigating aircraft accidents in the hope of discovering the cause so similar events could be prevented.

Most of all, Bob Hendrickson's story is told with compelling honesty and emotion. He presents his life in all its facets, warts and everything. Because of this, he is deeply relatable. All of us can recognize ourselves in his life, even if we haven't had the same experiences.

As he concludes his book, he movingly describes the biggest challenge of his life: his courageous battle with Parkinson's Disease. While his fight with this crippling disease may be the most tragic part of his book, it is also the most uplifting. He never loses his optimism. And even now, he looks ahead to the joy life brings and to how he can contribute. Bob Hendrickson is a man to be admired by us all. His extraordinary book shows us why.