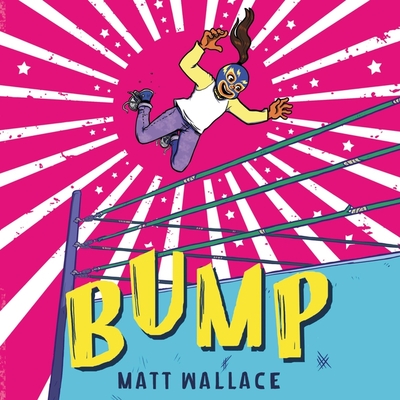 By Matt Wallace, Almarie Guerra (Read by)
$29.99
NOT AVAILABLE

A moving and triumphant middle grade contemporary debut from award-winning author Matt Wallace about a heroic young girl--who dreams of becoming a pro wrestler--learning to find courage and fight for what she loves. Perfect for fans of Kelly Yang, Meg Medina, and Jason Reynolds' Track series

MJ knows what it means to hurt. Bruises from gymnastics heal, but big hurts--like her dad not being around anymore--don't go away. Now her mom needs to work two jobs, and MJ doesn't have friends at school to lean on.

There is only one thing MJ loves: the world of professional wrestling. She especially idolizes the luchadores and the stories they tell in the ring. When MJ learns that her neighbor, Mr. Arellano, runs a wrestling school, she has a new mission in life: join the school, train hard, and become a wrestler.

But trouble lies ahead. After wrestling in a showcase event, MJ attracts the attention of Mr. Arellano's enemy at the State Athletic Commission. There are threats to shut the school down, putting MJ's new home--and the community that welcomed her--at risk. What can MJ do to save her new family?