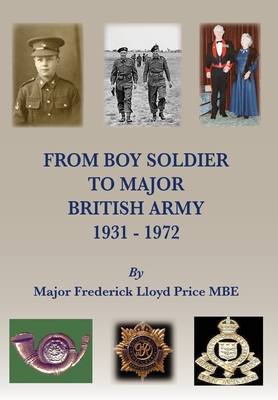 A personal account of a career soldier, his early life in the 1920's in a rural working-class family, orphaned at 13 years of age and enlistment into boy-service of the British Army one year later. Sent to India at 15 years of age, narrating an insight into military life in Pre-Independence India.

An individual perception of the military pre-war years in India and Burma and his experiences during the war with the great retreat from Burma by a fragmented battalion.

Post war military life and steady progression in rank and responsibility through to his retirement at 55 years in 1972.

He passed away at 99 years and was buried in Stillingfleet, the Yorkshire village where he was born.