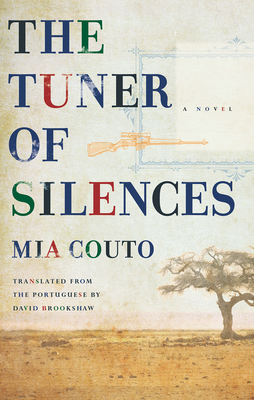 By Mia Couto, David Brookshaw (Translator)
$15.95
Not Available - Possibly Out of Print

This is book number 9 in the Biblioasis International Translation series.

"Quite unlike anything else I have read from Africa.""--Doris Lessing "By meshing the richness of African beliefs . . . into the Western framework of the novel, he creates a mysterious and surreal epic."--Henning Mankell Mwanito was eleven when he saw a woman for the first time, and the sight so surprised him he burst into tears. Mwanito has been living in a former big-game park for eight years. The only people he knows are his father, his brother, an uncle, and a servant. He's been told that the rest of the world is dead, that all roads are sad, that they wait for an apology from God. In the place his father calls Jezoosalem, Mwanito has been told that crying and praying are the same thing. Both, it seems, are forbidden. The eighth novel by the internationally bestselling Mia Couto, The Tuner of Silences is the story of Mwanito's struggle to reconstruct a family history that his father is unable to discuss. With the young woman's arrival in Jezoosalem, however, the silence of the past quickly breaks down, and both his father's story and the world are heard once more. The Tuner of Silences has been published to acclaim in more than half a dozen countries. Now in its first English translation, this story of an African boy's quest for the truth endures as a magical, humanizing confrontation between one child and the legacy of war. PRAISE FOR MIA COUTO "On almost every page ... we sense Couto's delight in those places where language slips officialdom's asphyxiating grasp."--The New York Times "Even in translation, his prose is suffused with striking images."--The Washington Post PRAISE FOR DAVID BROOKSHAW "David Brookshaw dexterously renders the novel's often colloquial, pithy Portuguese into lively English. Brookshaw's task is made more exacting by the particular quality of Couto's brilliance."--The New York Times

Mia Couto, an environmental biologist from Mozambique, is the author of 25 books of fiction, essays and poems in his native Portuguese. Couto's novels and short story collections have been translated into 20 languages. Two of his novels have been made into feature films. His work has been awarded important literary prizes in Mozambique, South Africa, Portugal, Italy and Brazil. His books have been bestsellers in Africa, Europe and Latin America. Six of Couto's books have been translated into English in the United Kingdom: two short story collections by Heinemann and four novels by Serpent's Tail. David Brookshaw is a professor of Hispanic, Portuguese, and Latin American Studies at the University of Bristol (London), and the General Editor of the HiPLA Monograph Series. He is the translator of six books by Couto, including Sleepwalking Land and The Last Flight of the Flamingo.

Praise for The Tuner of Silences

The biggest event in international literature this season could easily be the unexpected and magnificent novel of the Mozambican Mia Couto.... The fascination exerted by this novel, which one cannot put down, resides in its many resonances. The reader is immersed in the concrete, sensual, even comic nature of the universe into which he ushers us. Mia Couto has made his way discreetly in France as a short story writer and poet. Now we know that he is a very great novelist.”
L’Humanité (Paris)

The language floats in a zone where existence becomes a paste of voices and silence. Couto’s ghosts have huge hearts but fine ears.”
Libération (Paris)

On almost every page of this witty, magic realist whodunit, we sense Couto’s delight in those places where language slips officialdom’s asphyxiating grasp.”
New York Times

Quite unlike anything else I have read from Africa."
- Doris Lessing

"Even in translation, his prose is suffused with striking images.”
Washington Post

"Couto is considered the most-prominent of the younger generation of writers in Portuguese-speaking Africa. In his novels, Couto passionately and sensitively describes everyday life in poverty-stricken Mozambique." - The Guardian

"Mia Couto is a white Mozambican who writes in Portuguese, perhaps the most prominent of his generation of writers... Couto adroitly captures the chaos and comedy of an abrupt and externally imposed shift in ideologies. No one gets off lightly...The narrative shifts nimbly through a range of registers, from supple wordplay to lyricism." - London Review of Books

"Mia Couto from Mozambique has witnessed his country's tumultous struggle for independence, the drama of revolution, and a protracted civil war as a journalist and editor, a poet and novelist, and an environmental biologist. His novels bind national history to ancestral mythology. They are a vindication of how oral legends can be received in any language...The story of the home is told in desperate cries, seductive whispers and childish laughter. The novel has much to teach about patriarchy and change in a pre-industrial, post- revolutionary society. It shares, with the best fiction, mystery and revelation. A River called Time transports the reader to an island in which past, present and future co-exist, and the dead retain a vociferous presence." - The Independent

"To read Mia Couto is to encounter a peculiarily African sensibility, a writer of fluid, fragmentary narratives ... remarkable." - New Statesman

A hilarious romance told from two perspectives. One a girl who is determined to show her worth and smarts. The other a boy who believes in true love and meeting that perfect someone. What happens when the two meet? Well, coffee in the face and so much more. Great teen romance. - Jessica