Lincoln's Mothers: A Story of Nancy and Sally Lincoln (Paperback) 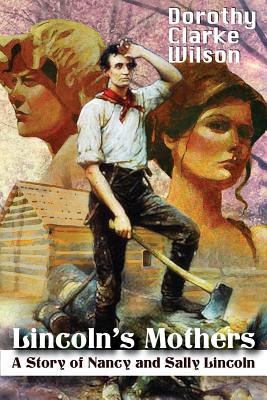 Lincoln's Mothers: A Story of Nancy and Sally Lincoln (Paperback)


Available to Order from Our Warehouse
This book cannot be returned
An excellently researched historical novel about Abraham Lincoln's family and formative years with particular emphasis on his mother, Nancy, and stepmother, Sally. "All that I am," said Lincoln, "I owe to my angel mother." "Which mother?" he was once asked. "Both," he replied. This is a story crafted in such a life-like manner that it allows the reader to be intricately drawn into Lincoln's family situations, to see and hear everything that occurred in the little cabins that the Lincolns called home. Nancy Hanks fell in love with Tom Lincoln at an early age and, after their marriage, followed him uncomplainingly from one farm to another and from state to state. After Abraham (Abe) was born, Nancy encouraged his interest in book learning recognizing early on that Abe was destined to be more than just a farmer. But the many moves and primitive life of the frontier took its toll and Nancy died when Abe was just nine-years-old. A year later after Sally's death, Tom Lincoln married Sally Bush. Though Sally was unable to read or write, with great pride and determination, she helped her stepson live up to his true potential: the presidency of the United States.
Dorothy Clarke Wilson (1904-2003) was a prolific and popular author of numerous literary works, including books, plays and essays and she was also a well-known lecturer. Ms. Wilson primarily focused on biographical, religious and historical fiction topics. Her body of work, as relevant today as ever, has appealed to generations of American readers and has been translated into more than 50 languages. Collectively, her writings have spawned hundreds of publications resulting in thousands of library holdings.