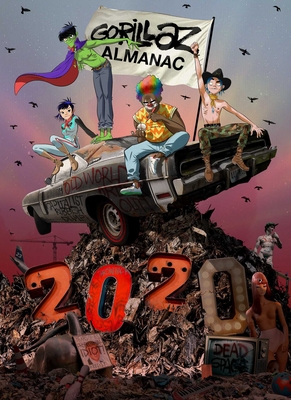 By Gorillaz, Gorillaz (Performed by)


NOT AVAILABLE
Inspired by the great British tradition of the hardback annual, the Gorillaz Almanac is a full colour, one-of-a-kind, fun-packed, 200 page, sideways homage to two glorious decades of Gorillaz. Jammed with exclusive new artwork, including the first ever strip to star 2D and Murdoc Niccals; puzzles, games and more; plus a raft of special guest appearances from Gorillaz collaborators past and present, the Gorillaz Almanac is a compendium of delights which finally puts the most real band around on the printed page.
An English comic creator, animator, designer, illustrator, and director, best known as the co-creator of the comic book Tank Girl with Alan Martin and co-creator of the virtual band Gorillaz, alongside Blur front man Damon Albarn.