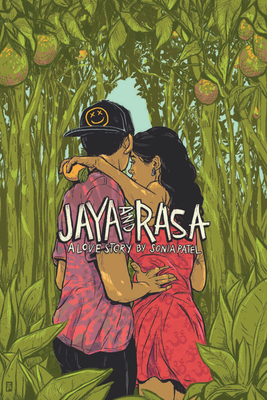 Seventeen-year-old Jaya Mehta detests wealth, secrets, and privilege, though he has them all. His family is Indian, originally from Gujarat. Rasa Santos, like many in Hawaii, is of mixed ethnicity. All she has are siblings, three of them, plus a mother who controls men like a black widow spider and leaves her children whenever she wants to. Neither Jaya nor Rasa have ever known real love or close family--not until their chance meeting one sunny day on a mountain in Hau'ula.

The unlikely love that blooms between them must survive the stranglehold their respective pasts have on them. Each of their present identities has been shaped by years of extreme family struggles. By the time they cross paths, Jaya is a transgender outsider with depressive tendencies and the stunningly beautiful Rasa thinks sex is her only power until a violent pimp takes over her life. Will their love transcend and pull them forward, or will they remain stuck and separate in the chaos of their pasts?

Sonia Patel's YA debut, Rani Patel In Full Effect, was a finalist for the Morris Award, was listed among the YALSA Best Fiction for Young Adults, and was named by Kirkus Reviews as one of the Best Teen Books of 2016. Patel is a psychiatrist who works with children and adults. She was trained at Stanford University and the University of Hawaii. She lives and practices in Hawaii.

Sonia Patel knows teenagers inside and out. As a child and adolescent psychiatrist, trained at Stanford University and the University of Hawaii, she has spent over fifteen years listening to and understanding the psyche of teenagers from all walks of life. She's also been a teenage girl herself, growing up on Moloka'i as a first generation Gujarati-American. As a writer, Sonia is passionate about giving voice to the underrepresented youth she treats. Her YA debut featuring a Gujarati-Indian American teen, Rani Patel In Full Effect, was a finalist for the Morris Award and was listed on YALSA's Best Fiction for Young Adults and Kirkus' Reviews Best Teen Books of 2016. Her second YA novel, with a Gujarati-Indian trans boy and a mixed ethnicity girl, Jaya and Rasa: A Love Story, was selected for the 2019 In the Margins Book Award Recommended Fiction Book List. She chose South Korea as the setting for her third YA novel, Bloody Seoul, because of her extensive treatment experience with Korean and Korean American teens on Oahu (and her love for the Korean gangster film genre). Watch Sonia's video for the Child Mind Institute, where she speaks about her experience with anxiety and depression, and the words of wisdom she would tell her younger self.

Sharing a bunk bed, kit fox siblings, Fritz and Franny, think their side of the bunk is best and squabble about who is right in this delightfully fun romp of a series by talented author/illustrator Tina Kügler. Young readers will chuckle, chortle and see themselves in the imaginative antics of Fritz and Franny, with a continuing cameo by expressive Fred the dog.