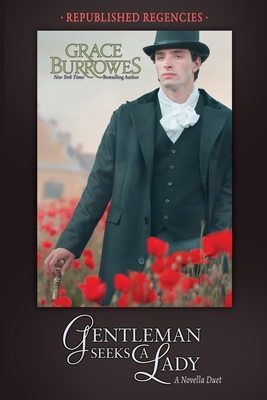 A Is for Amorous

Adalicia Beauvais has no use for children, and even less use for most men. Plato wasn't a bad sort, and Euclid was bright enough, but the modern variety of male holds no appeal for her. To earn ownership of a lovely country estate with a delightfully well stocked library, Ada must raise funds for an orphanage full of noisy, malodorous urchins.

As if that isn't challenge enough, her only ally in this endeavor, is the headmaster, Lord John, who loves children, referees cricket matches, and plucks Ada's very, very last nerve, even though she knows his devotion to the children is genuine, as is the orphanage's need for funds. Opposites don't always attract, but in this case, they must work together for thirty days, or neither Ada's nor John's dreams will ever come true.

Architect of My Dreams

Eugenia, Dowager Duchess of Tindale, travels to the Brighton shore for a respite from London's din and crowding. She is both dismayed and curious to find that Adam Morecambe, the very architect whose building project has rendered her London street unbearably noisy, has also journeyed to Brighton. Adam is traveling on business-he's always on business-though he's also pleased to bump into the duchess who has the loveliest smile he's ever seen.

Genie has no intention of ever remarrying-once was bad enough-and Adam would never allow a romantic frolic to interfere with his busy schedule, but then he learns that Genie's kisses are as sweet as her smiles, and all of his fixed notions about what the future might hold go flying out the nearest bedroom window.