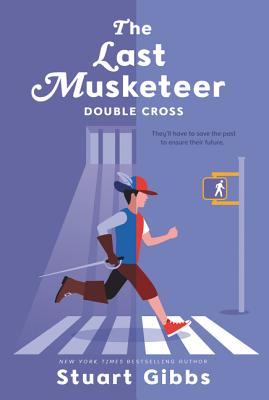 The past, present, and future are all at stake in this final book in the thrilling time travel adventure trilogy from New York Times bestselling author Stuart Gibbs. Now with a brand-new look!

Greg Rich should feel invincible. After all, he’s traveled through time, become one of the legendary Musketeers, and—most recently—prevented the Spanish army from attacking Paris.

Instead, he and his friends are languishing in prison, having fallen into a trap set by Milady and the Prince of Condé. But Greg didn’t come to the seventeenth century to sit in a jail cell and await execution.

He, Aramis, Athos, and Porthos need to get to King Louis, who is in immediate danger of being overthrown by the scheming prince. To save the king and history itself, the boys must break out of prison, defend Louis, and return Greg and his parents to the twenty-first century before it’s too late.

An incredible debut, Connor Sullivan’s geo-political thriller, Sleeping Bear, is so propulsive, you’ll forget that you need to go to work the next day, and just read on with each, more gripping page! My favorite combination – wilderness, survival and political intrigue collide with star turns by tech gadgets, Russian scientists & Putin himself, but with strong character development of the flawed, but resourceful American Gale family. We first meet grieving youngest sister, Cassie Gale, as she ventures out solo in the Yukon wilderness trying to run from past demons. But since this is a first rate thriller, those demons and plenty more within her complicated family, propel this action-packed, spy-laced adventure into glorious view. Pick this up and call in to work! - Reviewed by Maureen