A hope, a plan, and a festive celebration! 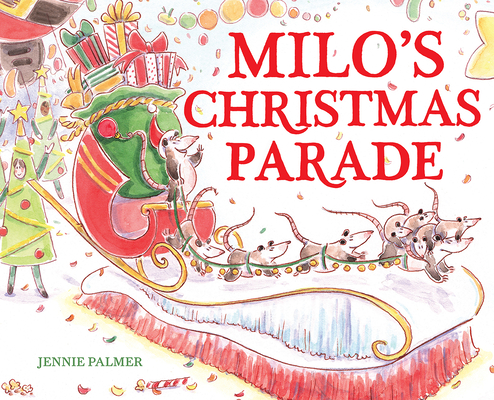 Fans of traditional Christmas parades like the local Montrose Chirstmas Parade will rejoice at this fun and heartfelt story by local author Jennie Palmer. Join Jennie for a Facebook Live event and if you pre-order your signed copy from America's Oldest Children's Bookstore you will get a festive swag pack including: 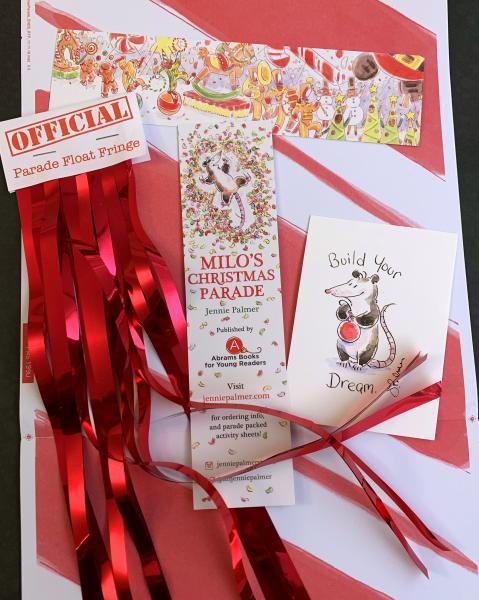 1. A bookmark,
2. An "official" parade fringe sample (Float frings is one of Milo's favorite things)
3. A small, signed painting of Milo with his ornament

About Milo's Christmas Parade: A new picture book from Jennie Palmer starring Milo, a little opossum with a big dream . . . to join the annual Christmas parade

Every year, Milo and his family watch the Christmas parade.
Well, Milo is the only one who's really watching. The other opossums are interested only in snacking on dropped bits of popcorn and peppermint sticks. But Milo is riveted by the colorful costumes, giant balloons, and fantastic parade floats trimmed with fringe.
It's his dream to one day join the Christmas parade. And this year, with a plan, hard work, and the unwavering support of his passel, Milo is determined to make his dream come true.
After months of drafting and building, Milo's float is ready to roll, but is the Christmas parade ready for Milo? From author-illustrator Jennie Palmer comes a celebration of Christmas, family, and learning to shine bright. 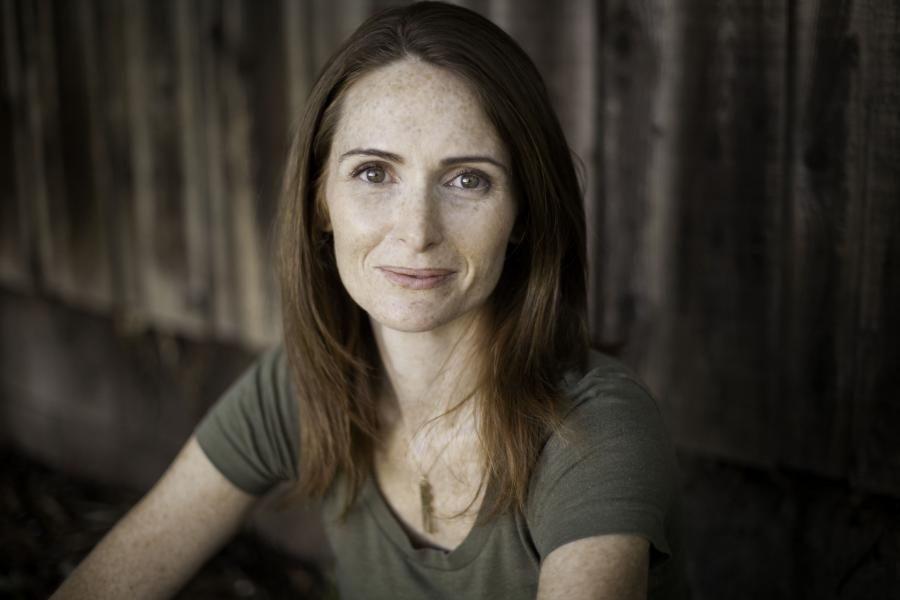 About Jennie Palmer: Jennie Palmer is the author-illustrator of The Wompananny Witches Make One Mean Pizza. Before making books for children, she worked in production design for 14 years, most notably for the Macy's Parade Studio. She is a graduate of the illustration department at Rhode Island School of Design (RISD). She lives in Burbank, California, with her family. Find her online at jenniepalmer.com.