Creature of Habit Book Launch by Jennifer E. Smith in conversation with Leo Espinosa - via Zoom 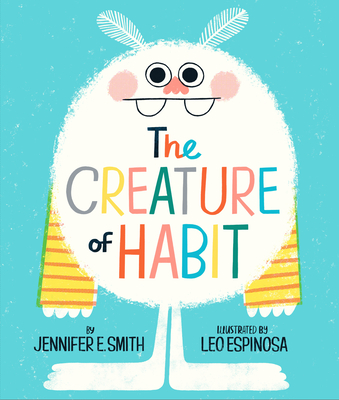 A new friend leads to new discoveries in this bright and delightful picture book from bestselling author Jennifer E. Smith! Join Jennifer in conversation with illustrator Leo Espinosa as they share this book with young readers ages 3+. Plus, pre-orders from Once Upon A Time will get a pack of two buttons for an extra special gift!

Once Upon a Time expects all participants to maintain an atmosphere of respect and fairness. Any comments, questions or participants that violate this standard of behavior including any form of harassment, may, at the discretion of the organizers, be immediately removed.

Pre-order of a pack of two-buttons with your signed book!

About the book: A story for creatures of habit big and small who might be surprised by the joy of trying something new.

On the island of Habit, there lives a very big creature with big teeth, big eyes, and very big feet. Every day the creature does the exact same things in the exact same order. He gets up in the morning, eats three pineapples and two bananas, collects shells, says hello to the fish, rocks, trees, and crabs of the island before he eats three more pineapples and two bananas, and finally goes to bed.

He does not like pineapples or bananas, but he does like coconuts. Instead of saying hello to the fish, he swims with them. And instead of collecting shells, he collects...well, everything else. Also, the little creature does something different every day--it's madness, thinks the big creature.

Can these two creatures learn to appreciate each other? Is the island big enough for both of them? Told with heart and humor, this is a story about being open to new ways of doing things. 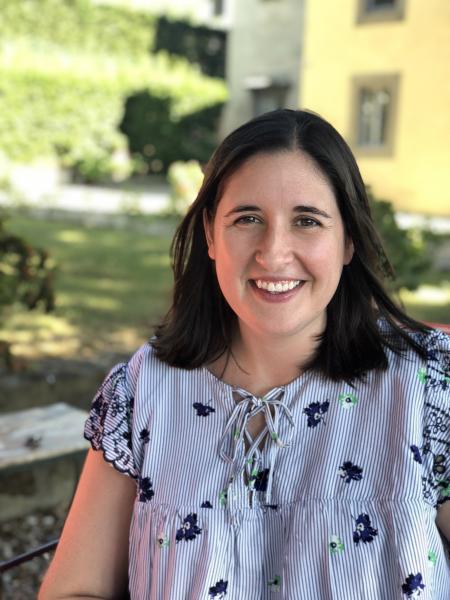 About the author: Jennifer E. Smith is the author of eight novels for young adults, including The Statistical Probability of Love at First Sight, Windfall, and Field Notes on Love. She earned a master's degree in creative writing from the University of St. Andrews in Scotland, and her work has been translated into thirty-three languages.

About the illustrator: Leo Espinosa is a New York Times bestselling illustrator and designer from Bogotá, Colombia. His picture books includes No More Naps by Chris Grabenstein, Islandborn by Junot Diaz, for which he was awarded a Pura Belpre illustrator award, and Goldfish on Vacation by Sally Lloyd-Jones. Leo's award-winning illustrations have been recognized by American Illustration, Communication Arts, Pictoplasma, 3x3, and the Society of Illustrators. In addition, he has given multiple lectures and workshops at schools and institutions such as Parsons School of Design and Pratt Institute as well as serving on the faculty of the Rhode Island School of Design.

Register in advance for the event:
https://us06web.zoom.us/webinar/register/WN_ivwVXKRhRlW1ggmCRzGvQQ