Elizabeth Lim in conversation with Livia Blackburne about YA Fantasy

The laughter of the sun,

the tears of the moon,

and the blood of stars 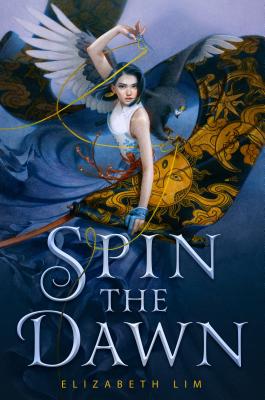 Get drawn into a beautifully crafted tale of magic, daring, and artistry. Join us for a special event featuring Elizabeth Lim in conversation with Livia Blackburne. The two authors will talk about fantasy, writing, and more then they will open it up to questions from the audience. After the two authors will be available to sign books.

About Spin the Dawn: Project Runway meets Mulan in this sweeping fantasy about a young girl who poses as a boy to compete for the role of imperial tailor and embarks on an impossible journey to sew three magic dresses, from the sun, the moon, and the stars.

Maia Tamarin dreams of becoming the greatest tailor in the land, but as a girl, the best she can hope for is to marry well. When a royal messenger summons her ailing father, once a tailor of renown, to court, Maia poses as a boy and takes his place. She knows her life is forfeit if her secret is discovered, but she'll take that risk to achieve her dream and save her family from ruin. There's just one catch: Maia is one of twelve tailors vying for the job.
Backstabbing and lies run rampant as the tailors compete in challenges to prove their artistry and skill. Maia's task is further complicated when she draws the attention of the court magician, Edan, whose piercing eyes seem to see straight through her disguise.
And nothing could have prepared her for the final challenge: to sew three magic gowns for the emperor's reluctant bride-to-be, from the laughter of the sun, the tears of the moon, and the blood of stars. With this impossible task before her, she embarks on a journey to the far reaches of the kingdom, seeking the sun, the moon, and the stars, and finding more than she ever could have imagined.
Steeped in Chinese culture, sizzling with forbidden romance, and shimmering with magic, this young adult fantasy is pitch-perfect for fans of Sarah J. Maas or Renée Ahdieh. 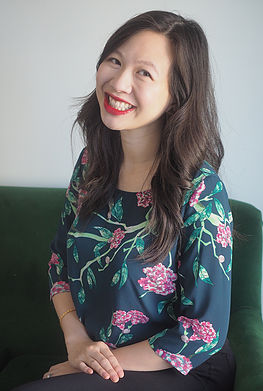 About Elizabeth Lim: Elizabeth grew up in the San Francisco Bay Area, where she was raised on a hearty diet of fairy tales, myths, and songs. Before becoming an author, Elizabeth was a professional film and video game composer, and she still tends to come up with her best book ideas when writing near a piano. An alumna of Harvard College and the Juilliard School, she now lives in New York City with her husband and her daughter.

Spin the Dawn is her first original novel, and its companion in the Blood of Stars series, Unravel the Dusk, will be published in summer 2020. For more information, visit her online (elizabethlim.com) or follow her on Twitter (@LizLim) or Instagram (@elimpix).

About Rosemarked: A healer who cannot be healed . . .
When Zivah falls prey to the deadly rose plague, she knows it's only a matter of time before she fully succumbs. Now she's destined to live her last days in isolation, cut off from her people and unable to practice her art-until a threat to her village creates a need that only she can fill.
A soldier shattered by war . . .
Broken by torture at the hands of the Amparan Empire, Dineas thirsts for revenge against his captors. Now escaped and reunited with his tribe, he'll do anything to free them from Amparan rule-even if it means undertaking a plan that risks not only his life but his very self.
Thrust together on a high-stakes mission to spy on the capital, the two couldn't be more different: Zivah, deeply committed to her vow of healing, and Dineas, yearning for vengeance. But as they grow closer, they must find common ground to protect those they love. And amidst the constant fear of discovery, the two grapple with a mutual attraction that could break both of their carefully guarded hearts.
This smart, sweeping fantasy with a political edge and a slow-burning romance will capture fans of The Lumatere Chronicles and An Ember in the Ashes.

About Livia Blackburne: New York Times best-selling author Livia Blackburne has a PhD in neuroscience from Massachusetts Institute of Technology, where she conducted research on the neural correlates of reading. She still blogs on the intersection of writing and brain science (liviablackburne.com), and she now lives in Los Angeles with her family. Livia is also the author of Midnight Thief (an Indies Introduce New Voices selection), and its sequel, Daughter of Dusk.