Midsummer's Mania: Write your own adventure! 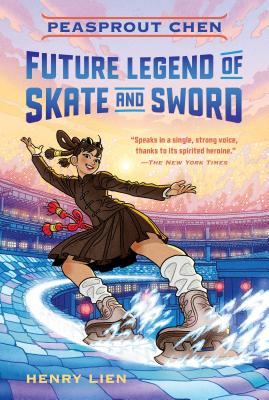 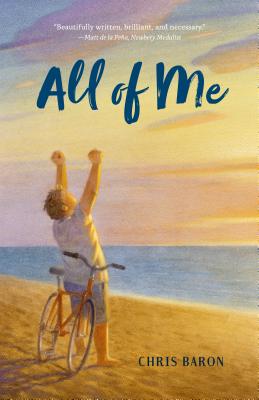 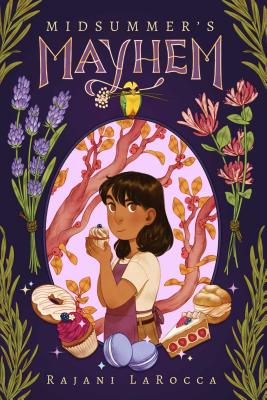 Bring your story ideas and join us for a hands-on, interactive writing event for kids with authors, Rajani LaRocca, Chris Baron, and Henry Lien.

Space is limited! RSVP is required. A $5 RSVP will go towards the price of a book and include snacks, a special writing journal to use at the event, and a whole lot of fun!

Peasprout Chen dreams of becoming a legend of wu liu, the deadly and beautiful art of martial arts figure skating. As the first students from the rural country of Shin to attend Pearl Famous Academy of Skate and Sword, Peasprout and her little brother Cricket have some pretty big skates to fill. They soon find themselves in a heated competition for top ranking. Tensions rise when the dazzling pearl buildings of the Academy are vandalized and outsider Peasprout is blamed for the attacks by her rivals ... and even some friends.

Now, she must uncover the true vandal to ensure peace between Shin and Pearl - all while becoming a champion.

About All of Me: Ari has body-image issues. After a move across the country, his parents work selling and promoting his mother's paintings and sculptures. Ari's bohemian mother needs space to create, and his father is gone for long stretches of time on "sales" trips.

Meanwhile, Ari makes new friends: Pick, the gamer; the artsy Jorge, and the troubled Lisa. He is also relentlessly bullied because he's overweight, but he can't tell his parents--they're simply not around enough to listen.

After an upsetting incident, Ari's mom suggests he go on a diet, and she gives him a book to help. But the book--and the diet--can't fix everything. As Ari faces the demise of his parents' marriage, he also feels himself changing, both emotionally and physically. Here is a much-needed story about accepting the imperfect in oneself and in life.

About Midsummer's Mayhem: Eleven-year-old Mimi Mackson comes from a big Indian American family: Dad's a renowned food writer, Mom's a successful businesswoman, and her three older siblings all have their own respective accomplishments. It's easy to feel invisible in such an impressive family, but Mimi's dream of proving she's not the least-talented member of her family seems possible when she discovers a contest at the new bakery in town. Plus, it'll start her on the path to becoming a celebrity chef like her culinary idol, Puffy Fay.

But when Mimi's dad returns from a business trip, he's mysteriously lost his highly honed sense of taste. Without his help, Mimi will never be able to bake something impressive enough to propel her to gastronomic fame.

Drawn into the woods behind her house by a strangely familiar song, Mimi meets Vik, a boy who brings her to parts of the forest she's never seen. Who knew there were banyan trees and wild boars in Massachusetts? Together they discover exotic ingredients and bake them into delectable and enchanting treats.

But as her dad acts stranger every day, and her siblings' romantic entanglements cause trouble in their town, Mimi begins to wonder whether the ingredients she and Vik found are somehow the cause of it all. She needs to use her skills, deductive and epicurean, to uncover what's happened. In the process, she learns that in life, as in baking, not everything is sweet. . . .

About Henry Lien: Henry is a 2012 graduate of Clarion West. His short fiction has appeared in publications like Asimov's, earning several Nebula Award nominations. Born in Taiwan, Henry currently lives in Hollywood, California.

About Chris Baron: Chris is a professor of English at San Diego City College. He's also the author of the (adult) poetry collection, Lantern Tree, which was published as part of a poetry anthology, Under the Broom Tree, winner of the San Diego Book Award. He lives in San Diego, California, with his wife and their three children. All of Me is his first novel.

About Rajani LaRocca: Rajani was born in India, raised in Kentucky, and now lives in the Boston area with her wonderful family and impossibly cute dog. She earned a BA and an MD from Harvard, and spends her time writing novels and picture books, practicing medicine, and baking too many sweet treats. Midsummer's Mayhem is her first novel. Find her online at RajaniLaRocca.com and on Twitter and Instagram @rajanilarocca.

Event is full. Thank you!

All of Me (Hardcover)