School events with authors are private events, but interested readers can order a signed book through Once Upon A Time. Please place your order at least 24 hours in advance of the event, unless otherwise noted.

New York Times Bestselling author Max Brallier will be visiting schools with Once Upon A Time Bookstore. If you would like a book signed and personalized, please order at least 24 hours in advance.

About the Book: "Terrifyingly fun! Delivers big thrills and even bigger laughs."--Jeff Kinney, author of the #1 New York Times bestseller Diary of a Wimpy Kid

Surviving their first winter after the Monster Apocalypse was no easy feat, yet Jack and his buddies waste no time springing to action against some of the nastiest, most evil monsters around. When Jack discovers his Louisville Slicer has new, otherworldly powers, he's thrown into epic training to find out what kind of destruction the blade can wield. But between fighting off zombies, fleeing from strange, glowy Vine-Thingies erupting from the ground, and squeezing in a video game session or two, there's barely time left to figure out what's wrong with their buddy, Dirk, who's been acting weird any time he's around the undead. When an unexpected villain appears, can Jack and his friends save themselves--and the rest of the world--from cosmic domination? 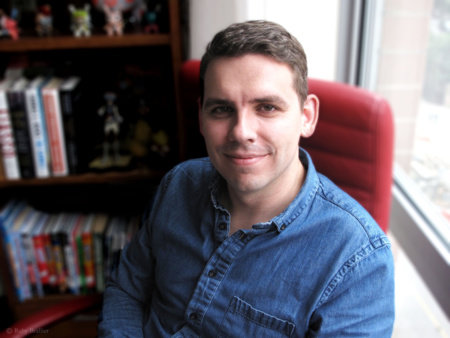 About the Author: Max Brallier (maxbrallier.com) is the New York Times bestselling author of more than thirty books and games, including the previous books in the Last Kids on Earth series. He is the creator and writer of Galactic Hot Dogs, an ongoing middle-grade web serial and book series with Aladdin. He writes for licensed properties including Adventure Time, Regular Show, and Uncle Grandpa. Under the pen name Jack Chabert, he is the creator and author of the Eerie Elementary series for Scholastic Books. In the olden days, he worked in the marketing department at St. Martin's Press. Max lives just outside of New York City with his wife and daughter.

The Last Kids on Earth and the Midnight Blade (Hardcover)

The Last Kids on Earth (Hardcover)

The Last Kids on Earth and the Zombie Parade (Hardcover)

The Last Kids on Earth and the Nightmare King (Hardcover)

The Last Kids on Earth and the Cosmic Beyond (Hardcover)