William C. Morris Award Finalist author S. K. Ali will be visiting schools with Once Upon A Time Bookstore. If you would like a book signed and personalized, please order at least 24 hours in advance. We are also hosting a free and public event, more infromation here.

About the Book: From William C. Morris Award Finalist S.K. Ali comes an unforgettable romance that is part The Sun Is Also a Star mixed with Anna and the French Kiss , following two Muslim teens who meet during a spring break trip.

A marvel: something you find amazing. Even ordinary-amazing. Like potatoes--because they make French fries happen. Like the perfect fries Adam and his mom used to make together.

An oddity: whatever gives you pause. Like the fact that there are hateful people in the world. Like Zayneb's teacher, who won't stop reminding the class how "bad" Muslims are.

But Zayneb, the only Muslim in class, isn't bad. She's angry. When she gets suspended for confronting her teacher, and he begins investigating her activist friends, Zayneb heads to her aunt's house in Doha, Qatar, for an early start to spring break. Fueled by the guilt of getting her friends in trouble, she resolves to try out a newer, "nicer" version of herself in a place where no one knows her.

Then her path crosses with Adam's.

Since he got diagnosed with multiple sclerosis in November, Adam's stopped going to classes, intent, instead, on perfecting the making of things. Intent on keeping the memory of his mom alive for his little sister. Adam's also intent on keeping his diagnosis a secret from his grieving father. Alone, Adam and Zayneb are playing roles for others, keeping their real thoughts locked away in their journals.

Until a marvel and an oddity occurs... 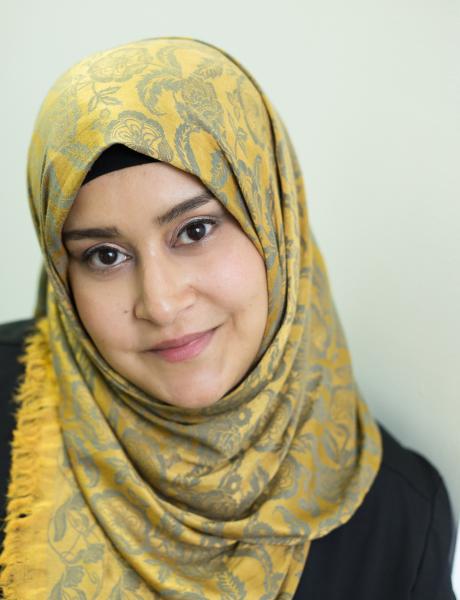 About the Author: S.K. Ali is a teacher based in Toronto whose writing on Muslim culture and life has appeared in the Toronto Star. Her family of Muslim scholars is consistently listed in the The 500 Most Influential Muslims in the World, and her insight into Muslim culture is both personal and far-reaching. A mother of a teenage daughter herself, S.K. Ali’s debut YA novel is a beautiful and nuanced story about a young woman exploring her identity through friendship, family, and faith.

Love from A to Z (Hardcover)